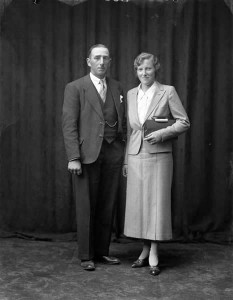 A Galway convent girl alone in 1890s Dublin, Mary Devenport O’Neill went on to establish herself as a writer and one of the literati of the Irish Free State. During the 1920s she would often take afternoon tea with W.B. Yeats, and many of her evenings were spent swooning in near-asphyxiation from the fumes of Æ’s pipe. In the ‘30s she would hop onto a tram from Rathgar into town for a chat with Sybil le Brocquy and spend days in her Kenilworth Square drawing room plotting movement directions for Ninette de Valois amidst snatches of Debussy’s “Prelude à l’apres midi d’un faune.” She was a salon hostess, artist, poet, playwright and novelist’s wife, who glitters and yet remains half-seen. Her name is sometimes misspelt or repeated incidentally in stories about other personalities of this era. Often inadvertently disparaging, these accounts refer to her as wife of highly ranking civil servant who socialised with Dublin’s political and cultural elite. Accounts tell of her championing the work of French poet Charles Péguy or Marcel Proust. She celebrated Proust in her poetry, imagining that he returned her dead cat that had previously expired from grief. She and her husband were self-styled as European Irish. Quick-witted, intellectual and in tune with Irish modernism as well as the Celtic revival, many of her ideas incorporated both new Western understandings of the human psyche and the ancient Eastern doctrine of karma. This website brings together, for the first time, her collected work, a public archive of her letters and her biography. Through these documents it is at last possible to see a woman of formidable literary ability and artistic talent.